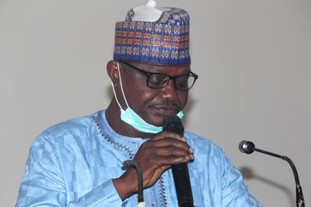 Malam Ado Yahuza, the Executive Secretary/CEO, National Institute for Cultural Orientation (NICO), has attributed the “decay and almost extinction” of some of Nigeria’s cultural values to parents, social media and peer pressure.

Yahuza told the News Agency of Nigeria (NAN) on Friday in Abuja that instant information and access to social media spaces and negligence of parents had created negative impact on youths.

He blamed parents for not grooming and instlling the nation’s cultural norms and values in their children and wards before taking on foreign culture, which had affected their socio-economic thinking.

According to him, there is need for the society and government institutions, such as educational, economic and others, to project our cultural before selling foreign cultures.

“The home is supposed to be the first incubator of cultural values in children but the parents have failed to do so because they feel it is a class thing to speak foreign language to their kids.

“This foreign invasion is serious and it is affecting the youth’s  being the largest population of the country.

“If the cultural values are not instilled in them the future is doomed because they are the future of this great nation.

“The youth that does not understand the nitty gritty of his culture before imbibing foreign culture will cause a double threat to the norms and values of the nation.

“The influence of the borrowed culture has affected our children’s dressing and most times both male and female go about on the streets dressed like mad people,” he said.

The CEO added that the street language some of the youths communicate with is also not encouraging.

“Our mother tongue and other Nigerian languages should be encouraged because they are very important for the development of  the children.

“Other languages such as English and French can be picked from the street,” he said.

He enjoined parents to look inwards and imbibe the cultural norms and values in their children at a young age.