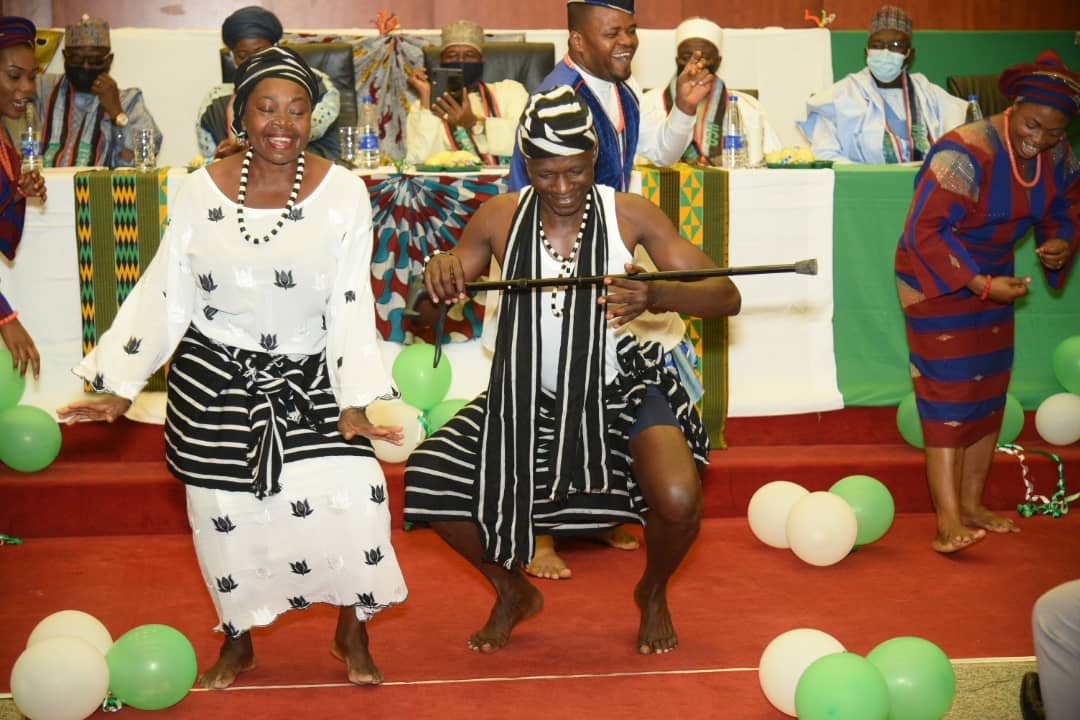 The National Institute for Cultural Orientation (NICO), will tomorrow, Thursday, April, 29,
2021, handover the United Nations Educational, Scientific and Cultural Organization
(UNESCO)’s certificate of inscription of the Tiv Kwagh-Hir performance on the
Representative List of Intangible Cultural Heritage of Humanity to the government and
people of Benue State.
The Executive Secretary/CEO of NICO, Mallam Ado Muhammed Yahuza, is leading a
delegation to Makurdi, the Benue State Capital for the official handing over ceremony
scheduled to take place tomorrow.
Accompanying the Executive Secretary of NICO to the ceremony, are the Secretary-General,
National Commission for UNESCO (NATCOM-UNESCO), Mr. Olagunju Idowu; NICO’s
Director of Research & Documentation, Mr. Michael Ekoko; NATCOM-UNESCO’s Deputy
Secretary (Culture Sector), Mr. Tony Asielue; and the Personal Assistant to NICO Executive
Secretary, Mr. Damilola Adegbite among others.

It would be recall that the Kwagh-Hir, an intricately woven performance, comprising a
congeries of atavistic communal events, expressed in the form of dance, mime, puppetry and
masquerade was adopted by UNESCO, on Thursday, December 12, 2019 at the 14th session
of the Inter-governmental Committee for the Safeguarding of Intangible Cultural Heritage
held in Bogota, Colombia, making it the 5th of Nigeria’s inscription on the UNESCO
Representative List.
It is also worthy of note that this year, NICO has already forwarded the Kano Durbar as
Nigeria’s nomination for evaluation, approval and inscription on UNESCO’s Representative
List of Intangible Cultural Heritage of Humanity.
These functions, the Institute is performing are in fulfilment of part of its mission to
consistently spearhead the provision of innovative research and documentation of Nigeria’s
cultural heritages and assets, aimed at making culture the vector for national development.