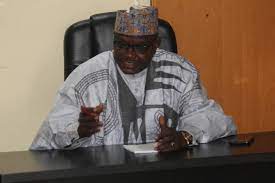 The Executive Secretary, National Institute for Cultural Orientation (NICO),    Mallam Ado Muhammed Yahuza has called on Nigerians to take the need    to learn indigenous languages seriously towards achieving peaceful co-     existence and unity in the country.

Yahuza made this call in his office on Tuesday, February 16, 2021 while fielding questions from NTA reporters ahead of this year’s Mother Tongue Day coming up on Sunday.

According to him, Nigeria is a multi-lingual nation and people have different languages that have developed over the years and played very important roles in the socio-economic development of the country.

His words “We have gotten it wrong with the colonial mentality some of us have especially the elites who think it is fashionable to speak English. They think it is until you speak English or French that you know what you’re doing. However, the most important thing to do is to use the home as a breeding ground of values to teach our children our languages because language is a career of values. When you don’t teach your children the value of their language or speak with them in their mother tongue or indigenous language, they will grow without it”.

“Some of these elites do not even visit their villages. They stay in the cities with their children speaking English which virtually makes them to lose the essential cultural value of their existence because language is a carrier of values and norms”.

He maintained that NICO as an institution of government will not relent in the teaching of our indigenous languages towards sustaining our cultural values. “We have the Nigerian Indigenous Language Programme (NILP) where we teach different indigenous languages including Hausa, Igbo, Yoruba, Tiv and Gbagyi among others. We teach the security officers in the barracks including the army, police and civil defence and the reason is that if they have mastery of indigenous languages of Nigeria, it will enable them to police well”.

Yahuza said the Institute will continue to do everything possible to encourage and re-orient Nigerians on the significance of learning their indigenous languages and to also let parents know that if they teach the children their mother tongue; they will be able to understand better, the norms and values in the society.

To him, when children learn how to speak their local languages at a tender age, they grow up with it and get to learn other languages in the course of formal teaching like the platform provided by NICO.