The Learning of Mother Tongue Should Start from Homes-Ado Yahuza 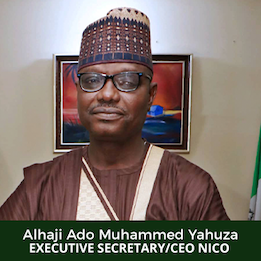 The Learning of Mother Tongue Should Start from Homes-Ado Yahuza

Nigerian parents have been charged by the Executive Secretary of National Institute for Cultural Orientation (NICO) Mallam Ado Muhammed Yahuza to always teach and speak the Nigerian indigenous languages to their children and wards from their homes and not just depend on the ones taught in schools.

Mallam Yahuza gave this charge during an interview with Radio Nigeria on Thursday, February 18,2021 at the Institute’s headquarters, 23 Kigoma Street Wuse Zone  7, Abuja on the Importance of the 2021 International Mother Language Day with the theme, “Fostering Multilingualism for Inclusion in Education and Society’’ to Nigerian Indigenous Languages. Saying that the theme for this year is apt because it recognizes that languages and multilingualism can advance the understanding of a peoples’ language and culture.

More so, Yahuza intimated that one of NICO’s mandate is to harness the cultural resources of Nigeria (language inclusive) for national development, hence the various NICO  indigenous language programmes such as “Language In Barracks”, for security officers who need it for intelligence gathering, “Nigerian Indigenous Language Programme (NIPL) Weekend Edition,” for civil servants, “NIPL 1-Month intensive vacation Edition’’ for school children geared towards the preservation and promotion of these languages.

The NICO ES in his message for this year’s celebration encouraged the public not to despise their mother tongue but learn and speak it with pride and even learn other indigenous languages other than theirs for understanding, unity and peace so as to eschew the walls of language barriers among us that endanger national development.

It could be recalled that Mother Language Day was established as a brainchild of two language activists, Rafiqul Islam and Abdus Salam who in 1998, recommended that the day be observed to save the world’s languages from extinction. In November 1999, UNESCO declared 21st February at International Mother Language Day throughout the world, to protect mother languages and to commemorate the martyrs who sacrificed their lives in Bangladesh for their mother tongue.