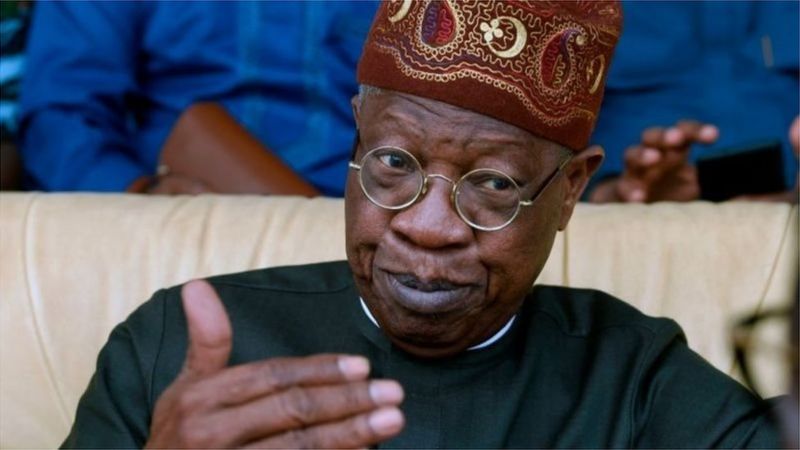 The Minister of Information and Culture, Alhaji Lai Mohammed, says cultural restructuring
is a gateway to the nation’s development.
He said this recently at the quarterly public lecture series organised by the National Institute
for Cultural Orientation (NICO), in Abuja.
Represented by the Director, International Relations at the Ministry, Mrs Meimunat Idu’lah,
the Minister said that no meaningful development can take place in the absence of an
indigenous cultural approach to issues affecting the people.
“This lecture is indeed a platform positioned not only to help the institute achieve its mandate
of cultural sensitisation, but also to discuss on topics that serve as a focus for orientation in
cultural matters for decision makers. The topic of today’s lecture is important, considering
recent happenings in the polity brought about by indiscriminate assimilation of foreign
cultural elements into our cultural life, which has threatened the very fabrics of our co-
existence as a people,” he said.
He however noted that indiscriminate assimilation of foreign cultural elements into Nigerian
indigenous cultural life had intensified the crisis in the society.
Earlier on, Malam Ado Yahuza, the Executive Secretary, NICO, had noted that the public
lecture series was conceptualised as a vibrant programme that would provide a forum for
intellectual discourse on culture. He added that it was a programme designed to sensitise
Nigerians on the importance of culture in the promotion and sustenance of good governance
and democracy.
“The topic of today’s lecture is not only apt but also timely, we need to be reminded that
there is no future for our nation without culture because culture is pertinent to the
development of any society,” he said.

Prof. Sule Bello, the Guest Lecturer from Ahmadu Bello University, Zaria, spoke on:
“Imperial Cultural Illusions, Delusions and Hallucinations: Major Sources of Africa’s
Contemporary Development Crisis”.
He stressed that imperial or colonial culture has had an impact on the nation for 500 years.

Bello further said that racism was an illusion created to establish self-control, while tribalism
was a serious scourge in Nigeria.

“Culture is the heart, essence, mechanism, expression of development which is significant in
development of any nation.

“No country that is developed and not speaking their own language, not completely
independent is devoid of foreign interferences and policies.

“Leaders and citizens live in ignorance of themselves, we must first raise questions that are
pertinent to finding lasting solutions to the role that culture plays in development,” he said.