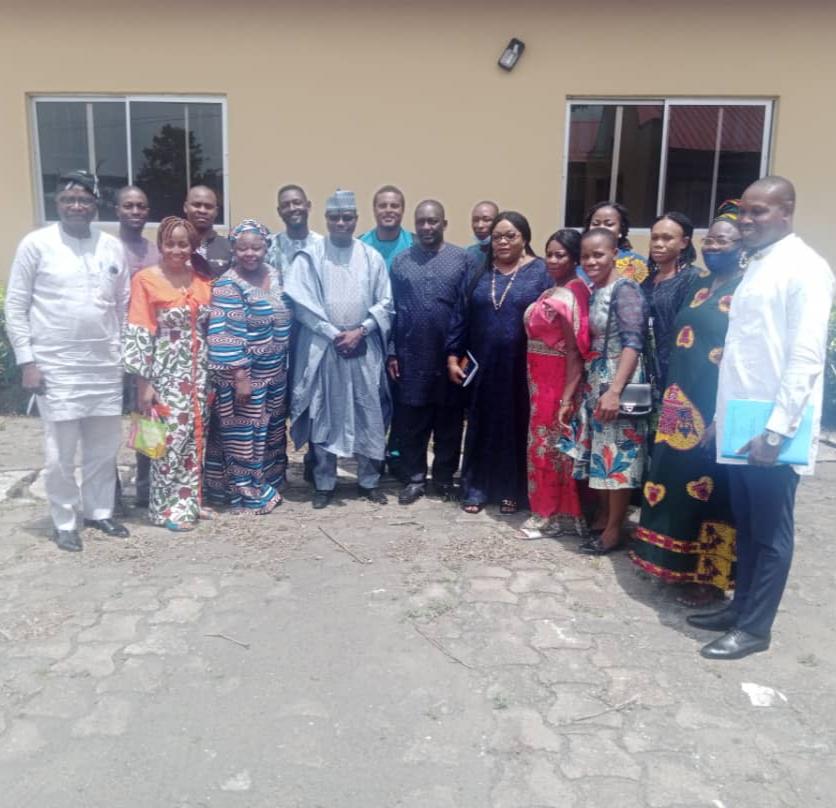 The Executive Secretary of NICO Mallam Ado Muhammad Yahuza presided over the board meeting to consider the results of NICO Lagos Training School PGDCA and DCA programmes today 28th May 2021.

The event which started with the project defence for the students of last Academic session was a learning experience for the staff and students.

Director, NICO Training School, Mrs Brigitte Yerima opened the event with a welcome address as she encouraged the students to view the exercise as an opportunity to educate the panel on the work they had done which should make them more confident rather than fearful.

The Executive Secretary in his speech disclosed that students who did the project by themselves had nothing to be afraid of and also stated that he anticipated the event to be a successful one as he believed the students had a good grasp of their work.

He further announced that the Institute had just received a letter and budget to kick off the application for the accreditation of the Post Graduate Diploma programme by the National Board of Technical Education(NBTE), a feat he attributed as a continuation of the work started by his predecessors.

He promised that the process would commence as soon as funds are made available and will likely to be finished before the end of the year. He added that once the accreditation is completed, efforts will be made by his Administration to meet with Governors and Ministers of Culture for the nomination and sponsorship of students for the Post Graduate Diploma programme.

Professor Emmanuel Dandaura, a representative of Nasarawa State University, where NICO Training School is affiliated with, commended the Executive Secretary of NICO for keeping the tradition of making the Institute the apex in the country and added that accreditation would solve most of the present challenges of the Institute and also enhance visibility.

Prof. Dandaura expressed that he wasn’t surprised given that research and training is Mallam Yahuza’s area of expertise.

He then outlined the criteria on which the students were expected to make their presentation to make it concise and timely. He also appealed to the students to answer questions thrown at them and avoid any form of arguments.

The students took turns to discuss their various topics and answered questions about them. Some of their works were criticised by the panel and Academic staff present while others were congratulated on their success.

The Executive Secretary advised the students on how to carry out their research subsequently and to also implement changes where necessary and that closed the first part of the event.

The Academic board then proceeded for the next meeting as they considered and approved the second semester results of the students of the 2019/2020 academic session.