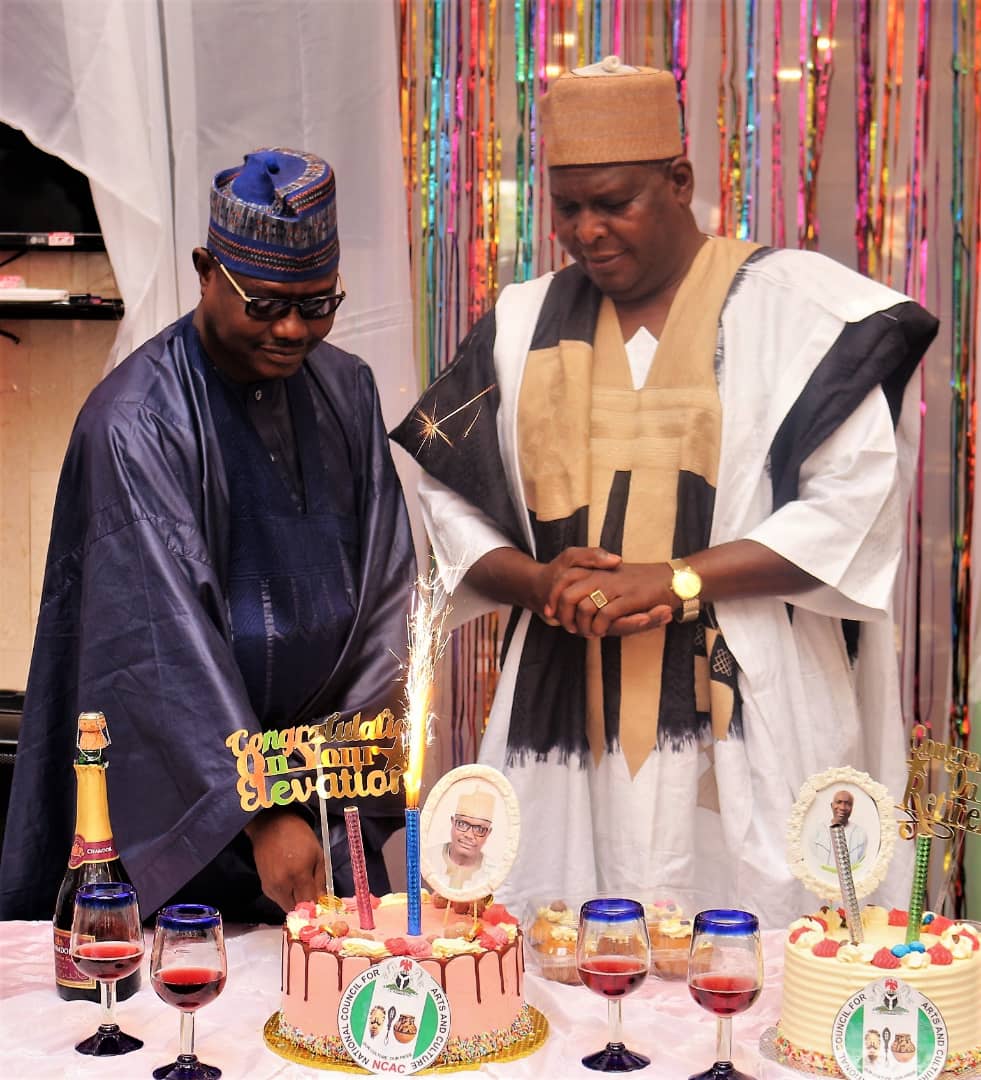 The Director General, National Council for Arts and Culture (NCAC), Otunba Olusegun Runsewe, OON, has described the Executive Secretary of the National Institute for Cultural Orientation (NICO), Mallam Ado Muhammed Yahuza as a humble man who is good, prayerful and always keeps the family first.

Otunba made this commendation on Thursday, July 8, 2021 during a send forth/retirement party, organised by the NCAC at Cassa Mexicana, Ceddi Plaza, Abuja in honour of Yahuza who was former Director, Human Resource Management with the Council until his elevation and appointment as Executive Secretary of NICO and two other retired Directors.

Describing the NICO ES, Otunba Runsewe had this to say “This man is a totally humble gentleman. Mallam Ado is ready to say “thank you” and once you have these kinds of words in your kitty, even when your enemies are around, you won’t even know. Many things happened while he was with us at NCAC and you will see that he is the one to come back and say thank you”.

“Immediately he got his appointment, he did not disappoint me at all as he swung into action immediately. Before I could say jack, Mallam Ado was in Kano with the Emir”.

“Coming to prayers, his prayer life is something else entirely. He is a miracle of his own and the good thing is that he always returns the praises to God Almighty for how the turnaround came. Talking about family, there is no time Mallam Ado will discuss with you that he will not mention his family; his wife and children and God sees his mind”.

While expressing optimism that with the way Mallam Ado’s elevation came and how he is already hitting the ground running, Otunba said he is confident that his current position is the beginning of greater things to come for him.

Responding, the NICO ES who referred to Otunba as a father and Big Nigerian expressed deep appreciation for the recognition given to him alongside two retired Directors of the Council.

Mallam Ado who charged staff of NCAC to always remain grateful to have a Chief Executive like Otunba Runsewe who stabilized the Council since he took over leadership also called on them to be hardworking and always make their strengths known to the organization where they can function well.

His words “I believe public service is supposed to be service to the people and one must be hard working. All of us being celebrated here today have worked so hard over the years and today, the hard work has paid off because for us to have spent over 30 years in service and reached 60 years of age without any scandal, it is a thing to thank God”.

The two Directors who were celebrated alongside Yahuza on their retirement from the service of the Federal Government were Mrs. Joyce Ebirim (Former Director, Arts & Crafts); and Mr. James Obeahon, Ph.D (Former Director/Enugu Zonal Head).