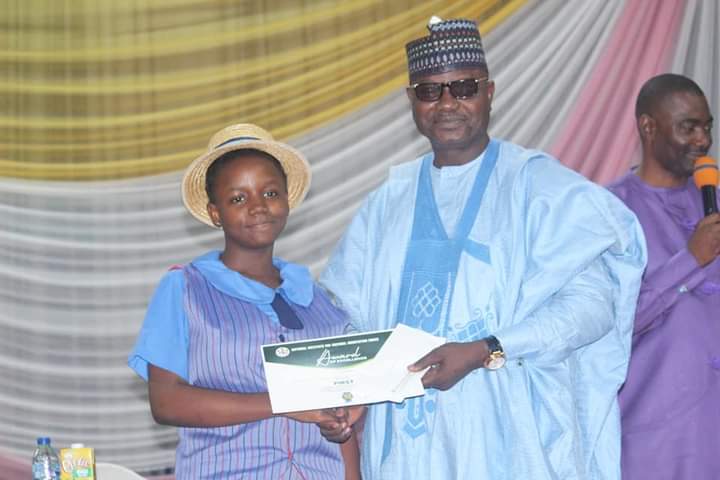 The Permanent Secretary, Federal Ministry of Information and Culture, Dr. Ifeoma Adaora Anyanwutaku has commended the National Institute for Cultural Orientation (NICO) for its consistent efforts towards reviving cultural values in our children.

Anyanwutaku gave this commendation on Tuesday, October 11, 2021 at the Cyprain Ekwensi Cultural Centre, Abuja-FCT while giving a remark during the closing ceremony of a two-day Children’s Cultural Fiesta, organized by the Institute with the theme: “Cultural Diversity and National Cohesion: The Role of Nigerian Youth”.

Represented by Mr. Yohanna Elvador, the Permanent Secretary who said the demonstrations and presentations by the students from select secondary schools in Abuja for the cultural event is an indication that the students are in touch with their culture, which also goes a long way to demonstrate NICO’s knowledge of the current happenings in the country, hence the choice of theme.

The Permanent Secretary while lamenting over the derailment of some of our youths from our cultural values as Africans and Nigerians in particular, blamed the trend on western civilization. She said Nigeria is one indivisible country and there is need for us to begin to instil this consciousness in our younger ones.

She therefore charged the students to take personal interest in the affairs of culture so as to keep them abreast of happenings in our present world and equally pass it to the generations after them.

Similarly speaking, the Executive Secretary of NICO, Mallam Ado Muhammed Yahuza said it is our responsibility to ensure that young people who are leaders of tomorrow are adequately sensitized and educated to appreciate the relationship between peace, unity and national development.

He also stressed the importance for youths to be brought up in a way they can cherish our rich cultural heritage and understand that no culture is inferior or superior to the other.

According to him, the children’s cultural fiesta, an offshoot of the Institute’s culture club programme in secondary schools is designed to inculcate in the Nigerian child, our cherished cultural values of honesty, hard-work, tolerance, patriotism, respect for elders and constituted authority and respect for the sanctity of human life.

His words “Through the culture clubs, our young people are admonished to shun examination malpractice, cultism, indecent dressing, drug abuse etc. The children cultural fiesta is organised annually to underscore the strategic importance of children in the promotion and preservation of our rich cultural heritage”.

“The competitive and non – competitive events have been carefully packaged to stimulate creativity, national consciousness and healthy competition among the students from diverse ethnic backgrounds. The programme is also designed to foster national unity and cohesion and essentially for the children to appreciate the beauty and strength in our diversity as a nation”.

He maintained that the theme of the 2021 edition of the cultural fiesta, “Cultural Diversity and National Cohesion: the Role of Youths”, was carefully selected and packaged to celebrate Nigeria’s 61st independence anniversary as well as emphasize the critical importance of culture in fostering peace, unity and national cohesion.