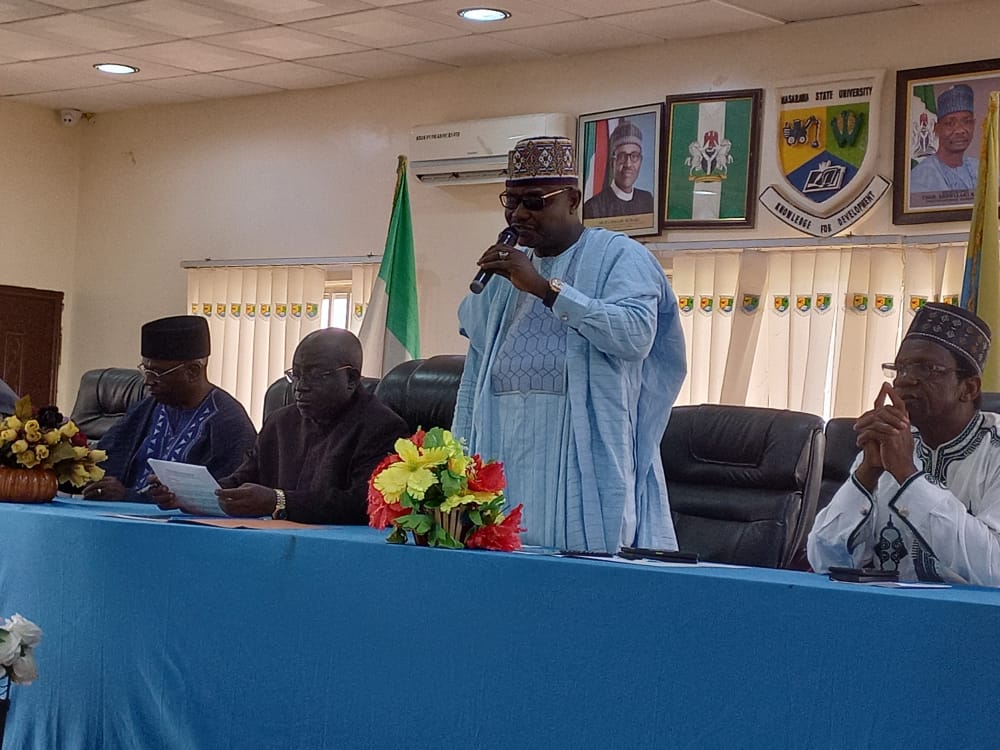 The Vice Chancellor, Nasarawa State University, Keffi (NSUK), Professor Suleiman Bala Mohammed has assured Management of the National Institute for Cultural Orientation (NICO) that Postgraduate Students of its Training School will participate in the next convocation ceremony of the University, scheduled to hold in February, 2022.

Professor Suleiman who disclosed this on Thursday, October 28, 2021 while playing host to the Executive Secretary of NICO, Ado Muhammed Yahuza during a courtesy call, said while the University Management is willing to ensure the student’s convocation, the Institute on its part should also expedite action on their part so that the students can get their result and be prepared for convocation.

Assuring the Executive Secretary and his delegation of the University’s resolution on the issue of convocation, the Vice Chancellor who acknowledged the long standing relationship between the Institute and the University had this to say “It is quite true that we have an MOU and we have some relationships in terms of specific activities. I recall that my immediate predecessor was at the Institute at one time where he presented a paper as quest lecturer at one of the Institute’s Public Lectures”.

“We are aware of this MOU but there are some hitches that marred the implementation of the MOU, particularly as it relates to the graduation of students. They have concluded their course work but there are issues which have prevented them from collecting their result and of course, preparing them for convocation”.

“I have been briefed on the issues; I have had meetings with the Dean of Postgraduate School as well as the Executive Director and I want to assure the Executive Secretary that I am going to resolve this matter without further delay and whatever is required from your own end, I will encourage you to do it expeditiously. From our own ends, we will also resolve it quickly so that the students can get their result and we will prepare them for our next convocation coming up in February 2022”, he said.

Speaking earlier, the Executive Secretary/CEO of NICO, Ado Yahuza said the Institute which was established in 1993 has over the years, become a foremost training institute for cultural officers in the country. “We have trained so many people. Right now, we are in the process of accrediting our diploma programme in cultural administration with the National Board of Technical Education (NBTE)”.

While admitting that the Institute for the past three years has not meet its part of the MOU, Yahuza promised that by December, 2021 or January, 2022, the hitches will be cleared so that the students can participate in the convocation and be duly issued certificates by the University alongside students of NSUK.