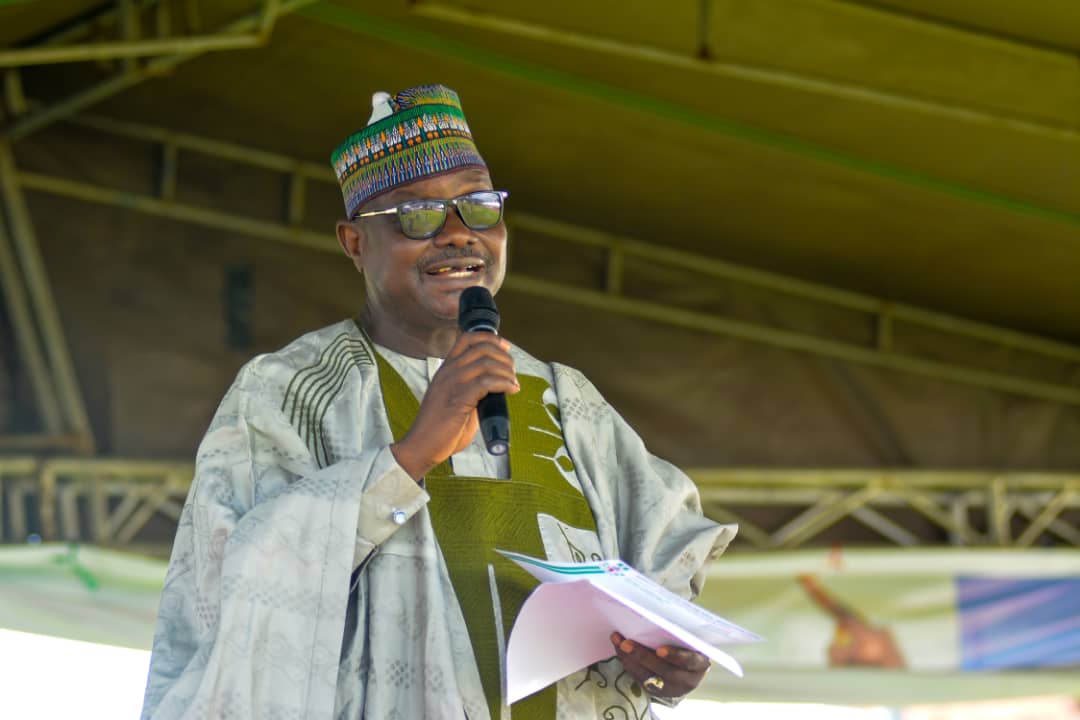 The Executive Secretary, National Institute for Cultural Orientation (NICO), Ado Muhammed Yahuza has commended the Chairman, House of Representatives Committee on Culture and Tourism, Honourable Omoregie Ogbeide-Ihama for his consistency in facilitating cultural sensitization programmes for his constituents.

Yahuza gave this commendation at the closing ceremony of the 6th edition of the cultural sensitization programme for Senior Secondary School Students in Oredo Federal Constituency on Friday, November 26, 2021, which held at the Museum Grounds, Kings Square by Ring Road, Benin City with the theme: “Cultural Diversity and the Quest for National Cohesion: The Role of Nigerian Youths”.

He also disclosed that in appreciation of the lawmaker’s commitment towards the development of his constituency, the Management of the Institute has concluded plans to establish one out of the three recently approved state offices in Benin City.

His words “I am not aware of any other federal constituency where this programme has been organised consistently for six years. In appreciation of your selfless and passionate commitment for the good of this federal constituency, plans have been concluded to establish a state office in Benin City. A state office in Benin City will help facilitate the establishment of Cultural Clubs in all your schools”.

Yahuza said the programme which is facilitated by the lawmaker and executed by NICO annually is in furtherance of the Institute’s statutory objective of harnessing the nation’s rich cultural heritage for national development, especially through the cultural clubs in schools platform.

“The objectives of this programme are in tandem with the objectives of our cultural clubs in secondary schools which serve as veritable platform to imbibe in our children, our cherished cultural values of honesty; hard work; tolerance; patriotism; respect for elders and constituted authority and respect for the sanctity of human life. They are also admonished to shun examination malpractices; cultism; indecent dressing; and drug abuse among others”.

While stating that the edition of the programme is to commemorate Nigeria’s 61st independence anniversary with emphasis on the critical importance of culture in our quest for national peace, unity and cohesion, Yahuza called on government at all levels and relevant stakeholders to ensure that our young people who will be leaders of tomorrow are adequately sensitized and educated to appreciate the intrinsic relationship between peace, unity and national development.

In a remark, the Chairman of Occasion, Hon. Harrison Omagbon commended Honourable Ogbeide-Ihama for his commitment towards promoting Edo Culture through the sensitization programme and its sustainability which aims at inculcating the Edo culture into our children.

He expressed optimism that with such programmes, the Edo culture will not go into extinction just as he encouraged the children to imbibe the Edo cultural values in them as leaders of tomorrow.

The programme had events such as Traditional Performance; On the Spot Essay Writing; Traditional Hairdo; Presentation of Traditional Cuisine; Debate; and Quiz Competition.