NICO Minna Commences 3rd Edition of NILP in the Barracks 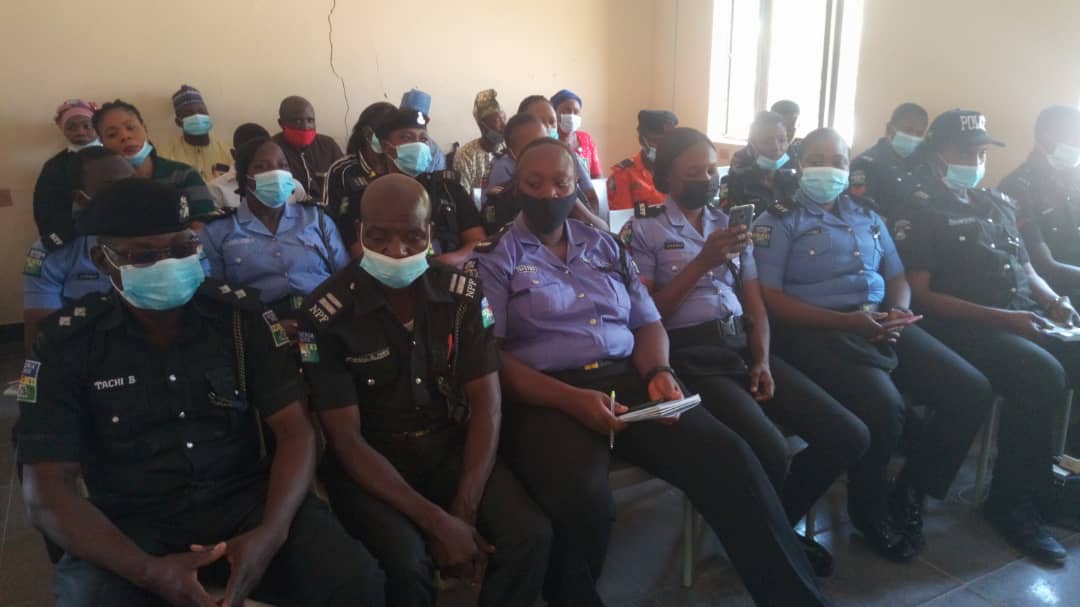 NICO Minna Commences 3rd Edition of NILP in the Barracks

Executive Secretary of NICO, Ado Muhammed Yahuza while declaring the programme open at Community Policing Hall, Bosso Division of the Nigeria Police Force, Minna, Niger State Command explained that the programme is organized to address the decline in the use of our indigenous languages.

Represented by the NICO State Coordinator, Mrs. Ndukwe Olufunke Iyabo, Yahuza said the decline in the use Nigerian languages calls for determined efforts to ensure they don’t go into extinction.

“It is no longer news that most of Nigerian indigenous languages are becoming moribund due to the significant decline in the use of the languages, especially by the younger population. The linguistic situation calls for urgent attention as more languages are endangered and threatened with extinction. One language disappears on an average of two weeks, taking with it, an entire cultural and intellectual heritage”.

While reiterating that it is against this backdrop that NICO, in a bid to salvage the situation, decided to expand the language programme by introducing the barracks edition which was initiated in 2019, the NICO ES stressed that language remains a critical factor in our development process as a nation because of its important role of uniting the people.

Yahuza who therefore called for concerted efforts towards ensuring the revival of our indigenous languages said the barracks edition was specifically designed to inculcate in the security personnel, the ability to speak one or more Nigerian languages, thereby promoting national unity, national integration and national pride.

On his part, the Commissioner of Police, Niger State command, C.P Bala Kuryas expressed profound appreciation to the Executive Secretary of NICO and his entire team for finding the State Command worthy of extending the programme for the benefit of Officers and Men of the Force.

Represented by the Divisional Police Officer (DPO) of Bosso Division, S.P Olarotimi Ebidero, C.P Kuryas said learning one or more indigenous languages can help the security personnel in intelligence gathering, community policing as well as foster harmonious relationship between the police and the public.

He therefore urged the Officers to take the programme serious, stressing that no knowledge is waste.