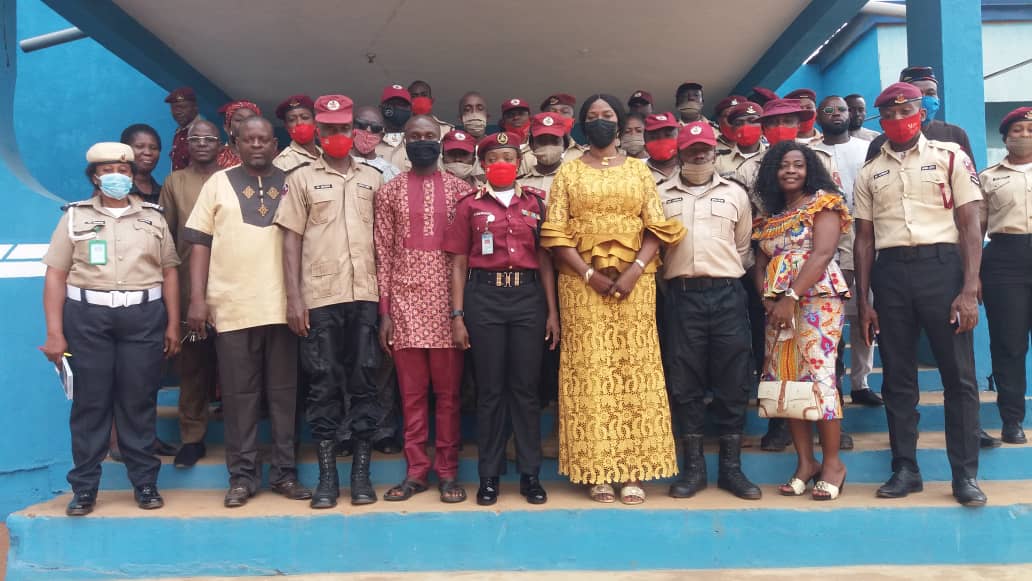 The South-East Zonal Office of the National Institute for Cultural Orientation (NICO) on Tuesday, February 8, 2022, commenced this year’s edition of Nigerian Indigenous Language Programme (NILP) in the Barracks for Officers and Men of Federal Road Safety Corps (FRSC) at the Imo State Sector Command, Owerri.

Speaking at the formal opening ceremony for the programme, the Executive Secretary/CEO of NICO, Ado Mohammed Yahuza reiterated that the barracks edition of the Indigenous Language Programme is aimed at bridging the gaps created by ethnic differences among the military, para military agencies and security personnel.

Represented by the Director, NICO South-East Zonal Office, Mrs. Chioma Duru, Yahuza said the programme will among other things, create ease in intelligence gathering, establish and strengthen cordial relationship between the Corps and people in the communities they operate as well as smoothen relationships among Nigerians in general.

While expressing appreciation to the FRSC Sector Commander in the state, J. O. Adekanye, and his management team for embracing the programme, the NICO ES called on the participants to be very committed to the programme.

Similarly, the Sector Commander in his address, appreciated NICO for choosing Imo State Command as the center for this year’s edition of NICO Language Programme in the Barracks.

Represented by DCC Ngozi Chikwe–Joku, the Commander said the significance of the Indigenous Language Programme in the Barracks cannot be over emphasized as it remains a veritable tool for unity, national integration and mutual co-existence.

She therefore encouraged the participants to fully avail themselves of this golden opportunity to learn Nigerian Languages in addition to their respective mother tongues and expressed optimism that the selected resource persons who are professionals in their fields will deliver the expected dividends of the programme.

The programme will feature the three (3) Nigerian Major languages; Hausa, Igbo and Yoruba.