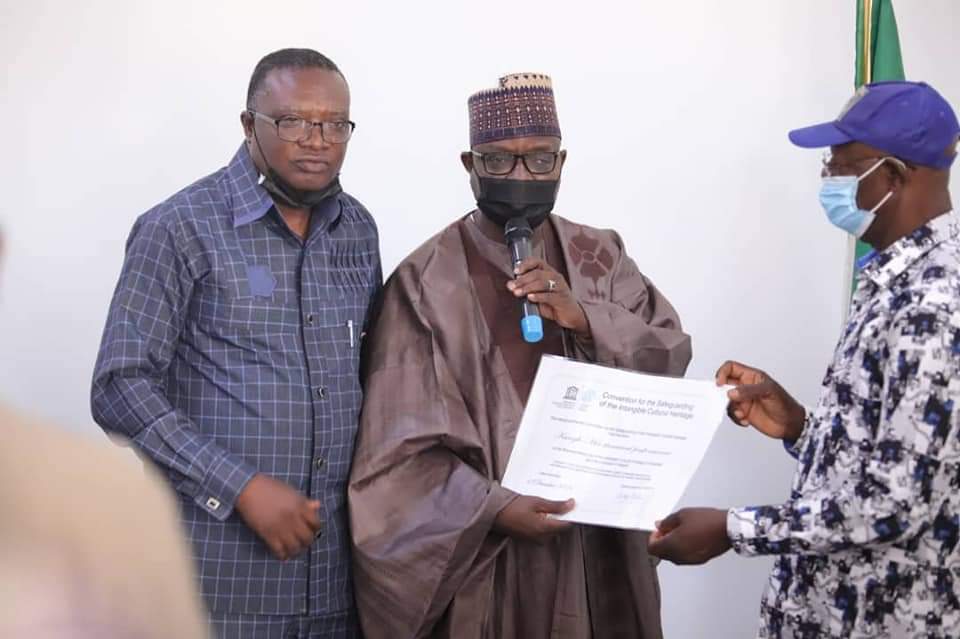 The Executive Secretary, National Institute for Cultural Orientation (NICO), Mallam Ado Muhammed Yahuza has called on the Benue State Governor, His Excellency, Dr. Samuel Ortom to ensure there is continued support towards safeguarding the mechanisms of Kwagh-Hir Theatre in the State.

According to him, the inscription of Kwagh-Hir performance on UNESCO’S list has earned it international recognition and has made the Benue State Government a partner with UNESCO in the promotion of Intangible Cultural Heritage of Humanity.

The NICO ES said apart from the inscription of Kwagh-Hir Theatre on UNESCO’S World Heritage Map being a land mark achievement of the Institute towards the realisation of its mandate, it is  also a great privilege and honour for Nigeria as it is now a potential foreign exchange earner for the country.

His words “The benefits of this milestone achievement are not farfetched. Kwagh-Hir Theatre can now enjoy the support and protection of UNESCO. The inscription will also increase visibility for the element and at the same time, enhance the dignity and pride of the performing communities”.

He also expressed joy and satisfaction, saying NICO as the focal agency that coordinated the inscription exercise is highly elated to have been in possession of the certificate of inscription which he stressed is a mark of authenticity, hence the formal presentation and handing over to the state government.

Yahuza therefore expressed deep appreciation to the government and good people of Benue State, specifically the Tiv community who are bearers of Kwagh-Hir theatrical performance for their unalloyed cooperation throughout the inscription exercise.